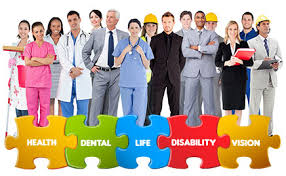 Vance Aloupis is the CEO of Children’s Movement of Florida. Vance Aloupis says the impact of the ever-rising insurance premiums has been largely felt within her group. He reveals that since his company is highly committed to continuing giving employer health insurance, they have had to cut down significant costs that they had budgeted for the future. It is therefore clear that as much as the company continues to provide health insurance like before, the rising costs have to some extent severed their operations.

Margaret Bass, the executive director of Good Hope Equestrian Training Center, shares similar thoughts with Vance Aloupis. She says that her company has been one of the most heavily hit by the increased insurance costs since it’s a nonprofit organization. She reveals that the increased health care insurance costs have led to a significant increase in the employees’ premiums and deductions. This has largely affected the employees’ budgets.

Stephen Berman-Eisenberg, the president and CEO of Carrefour Supporting Housing, says that his institution has a comprehensive benefits package for employees. This package includes health insurance, dental and life insurance among other benefits. Mr. Berman-Eisenberg is however worried that the increased costs of health insurance may force the company to minimize the benefits package to a considerable extent. This will enable the institution to cope with the abnormally high health insurance costs. He is however adamant that the company will do its best to continue providing the benefits even if it means asking the employees to contribute some portion of their earnings.

Jose R. Costa the CEO of For Eyes is however of a different opinion regarding this sensitive topic. Mr. Costa feels that the health insurance policies are still affordable and will thus not have such a great negative impact on the company. He pledges that the company will continue putting concerted efforts to ensure that they continually improve the employees’ benefits despite the rising health insurance costs.

Willie Logan, the CEO of Opa-Locka Community Development Corp., says that his company has been forced to increase the employee deductions to enable them to continue providing health insurance benefits. The company has also applied for Guaranteed Asset Protection (GAP) insurance for each employee in a bid to reduce the employees' expenditures.

From most of those interviewed, it is clear that the increased cost of health insurance has negatively impacted most companies. This has prompted a majority of them to increase the deductions, and this translates to lower salaries to the employees. Companies that have continued to provide the health benefits have been forced to cut down their expense to cater for the high costs.